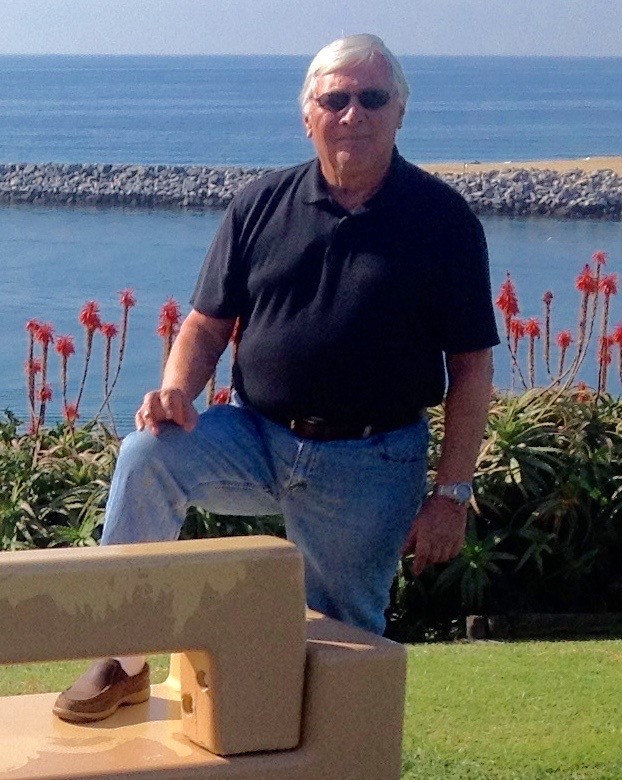 James (Jim) Borucki started his career in NDT with Magnaflux in the late 1950’s while still in college. Following his graduation at the University of Illinois, he began a 26-year journey at Magaflux. He initially worked on product development projects with several of the original Magnaflux owners and managers. His efforts resulted in several patents in the Zyglo, MAGNAGLO, STRESSCOAT, and BONDCHECK product lines.

In 1985 Jim was offered and accepted the position of vice president and Director of the North American NDT Operation for Brent International Ardrox Division. In 1993, Jim formed a business relationship with Gould-Bass to develop and run the Gould-Bass Marketing and Sales Operations. Gould-Bass is now recognized as one of the industry leaders in Penetrant and Magnetic Testing equipment technology.

Jim is grateful to have been a member of ASNT for over 50 years, serving as both a working committee member and an executive officer. He served as a chairman of the PT/MT Committee and served on the Business and Finance, Exhibitor, and Aerospace Committees.

Over the years, he has authored and presented several technical papers both nationally and internationally. Jim supported local section meetings and contributed to the Handbook revisions in magnetic particle and penetrant methods.

Jim received the ASNT Fellow Award in 1984 and is recognized for his work with ASTM. He served as E7 chairman on nondestructive testing, chairman of the subcommittee E703 for 25 years. He is the recipient of the E7 Briggs Award, ASTM Fellow Award and 50 years Longevity Award.

He also served on the ATA Air Transport Association (ATA) Committee on NDT and authored several SAE documents on penetrant and magnetic particle.

Dr. Joseph L. Rose is a retired Paul Morrow Professor in Design and Manufacturing in the Engineering Science & Mechanics Department of The Pennsylvania State University and also Chief Scientist and President of FBS, Inc, a company dedicated to ultrasonic guided waves. Dr. Rose is a worldwide recognized guided wave expert. He is author of over twenty patents, five text books, and over 600 articles on ultrasonic NDE, wave mechanics, medical ultrasound, adhesive bonding, pipe and tubing inspection, composite material inspection, ice detection, signal processing, and pattern recognition. Textbooks include Basic Physics in Diagnostic Ultrasound, John Wiley & Sons Inc, New York, 1979, and Ultrasonic Wave in Solid Media, Cambridge University Press, 1999. Ultrasonic Waves in Solid Media is one of the most cited ultrasonic guided wave references. A recent textbook is Ultrasonic Guided Waves in Solid Media, Cambridge University Press, 2014. Dr. Rose has served as principal adviser to over 60 Ph.D. and 100 M.S. students, and is a fellow of ASNT, ASME, IEEE, and the British Society for Nondestructive Testing. Dr. Rose also received many awards including as a few examples the ASME NDE Engineering Division Founder’s Award in 2003, the ASNT Research Award for Innovation in 2007, and the distinction of being a Finalist in the Discover Magazine Award for innovation in Aviation and Aerospace in 1995. Dr. Rose also received a PSES Penn State University Premier Research Award Recipient in 2002, the ASNT Mehl Honor Lecture award in 2001, and the Penn State University Faculty Scholar medal in 1996.

Dr. Rose has also presented many plenary and keynote addresses, for example at the 16th US National Congress of Theoretical and Applied Mechanics, Penn State University, 2010, the AK Rao Memorial Lecture Annual NDE 2009 Conference, Tiruchirapalli, India in November 2009, the Annual Fall Conference of the Korean Society for Non-Destructive Testing, KOFST Center, Korea in December 2009, the 4th Middle East Nondestructive Testing Conference, Manama, Kingdom of Bahrain in 2007, and the 11th Asia-Pacific Conference on Nondestructive Testing, Jeju Island, Korea in 2003. Dr. Rose was also the recipient of the SPIE Smart Structures/NDE Lifetime Achievement Award. He was also a plenary speaker at this SPIE Conference in San Diego, CA in 2011.